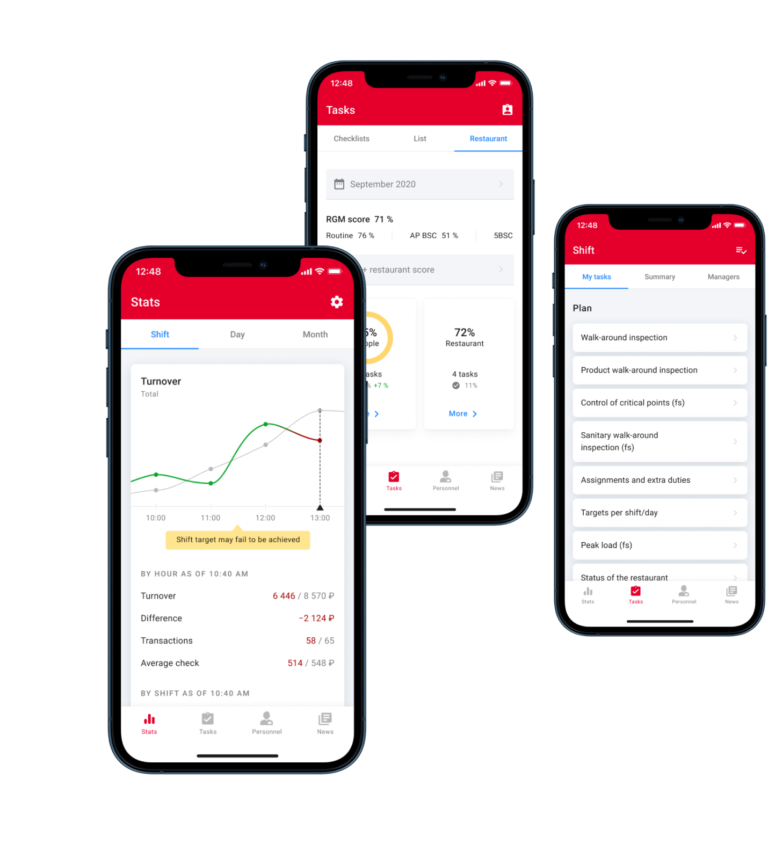 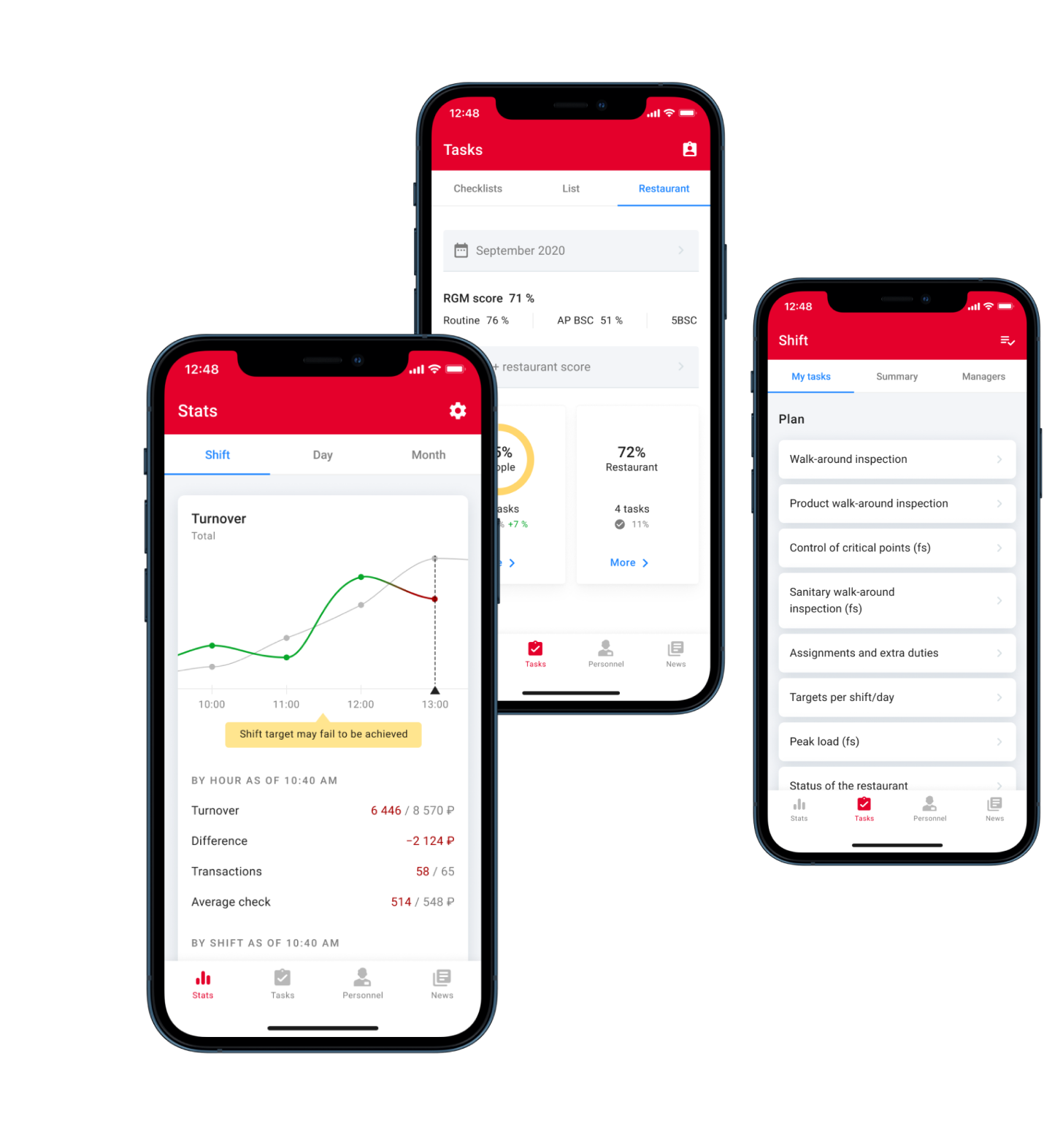 To digitize the restaurant’s in-house paperwork

KFC shift supervisors, restaurant general and local managers used to fill out various reports and checklists to monitor the workflow and maintain the in-house standards. The trouble is, the complete paperwork ran in hard copy.

We had a task to help KFC transfer their processes from hard to soft copy. The reasons behind it were

The next of the key tasks was to provide corporate staff with the possibility to efficiently operate outside of the office using a mobile app and monitor the performance of restaurants online. 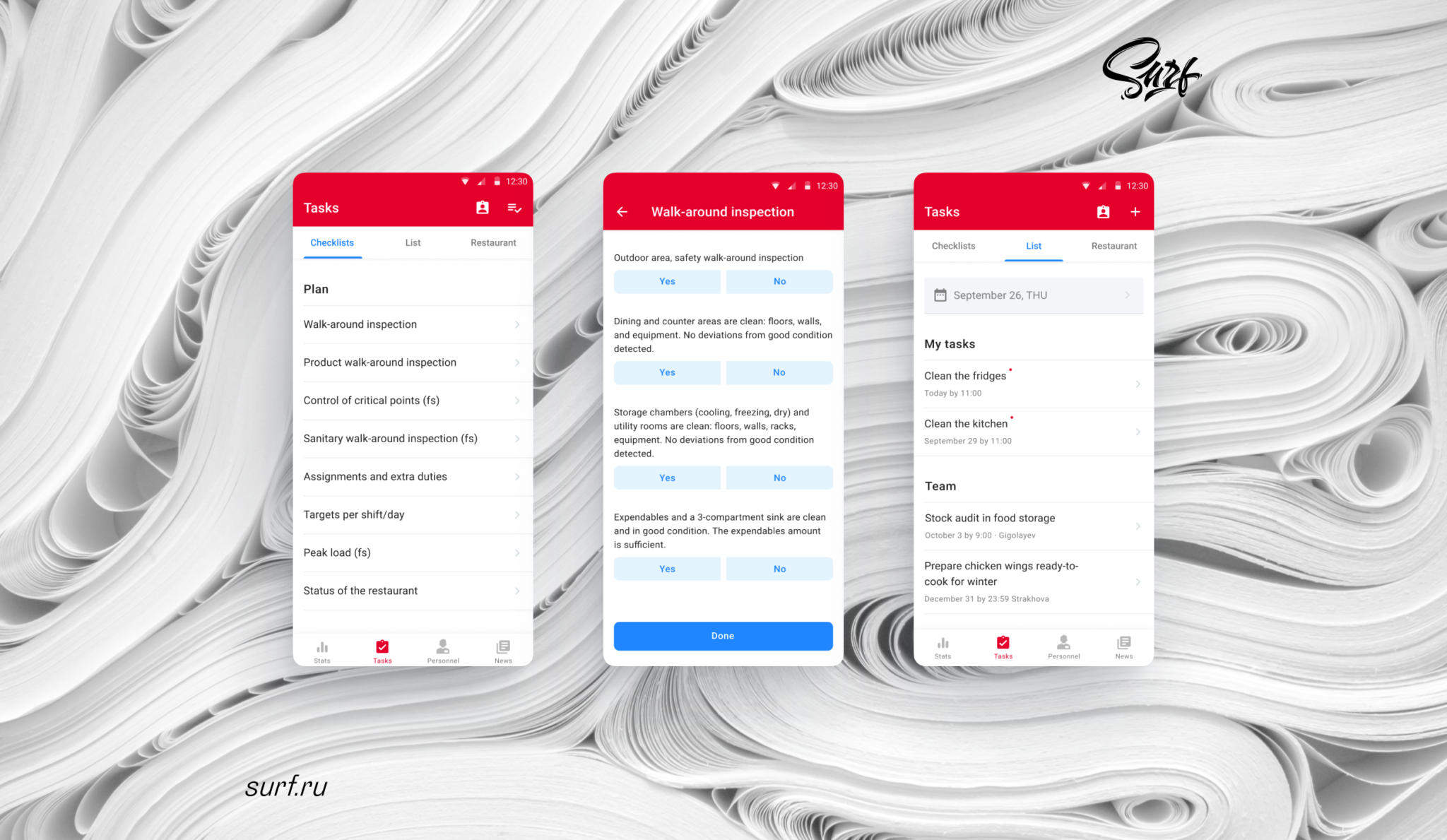 Choosing Flutter and Bring Your Own Device concept

95% of the expected app users are owners of Android phones. iOS phones are mainly used by key personnel: restaurant managers and general managers.

Our client faced the following choice:

We suggested an optimal solution: creating a cross-platform app using Flutter. The technology allows using a single code base for both Android and iOS and ensures high quality user experience.

The restaurant general and local managers can install the app on their personal devices in the frames of the Bring Your Own Device concept. Any data breaches excluded: we gave much thought to security, authorization, and user authentication issues as well as build distribution. The app successfully passed a security audit carried out by KFC.

The app turned out to have three user groups with different goals and responsibilities:

We adapted the app’s interface to the user roles making some screens the same for everyone while the others are unique or have different content formats and information accessibility levels. What an employee would see depends on their role and access permissions.

To make the interface user-friendly and compliant with the needs of every user it was crucial to consider any constraints. Designing such a complex system implies moving from general to specific aspects and gradually reducing the abstraction degree.

Checklists consist of various UI components: YES/NO choice, input fields, drop down lists with various content, date and time pickers, groups of checkboxes and radio buttons. We put together a system of components with every possible parameter.

The task and checklist section is based on Backend-Driven UI: a JSON array comes from the server with a description of interface components to be displayed.

Backend-Driven UI is an approach, wherein a server orders which interface elements to display. In contrast, in classic development approaches a server only submits content, while UI has already been rendered.

The system is highly flexible: control is performed through the administration panel. Checklists are built using constructor.

KFC uses the same SSO (Single Sign On) service for all applications. An employee is supposed to log in once with a single login and password. The same system is utilized for user administration.

We integrated the KFC DSR app with the SSO service and used it to implement login and authentication with the SAML standard.

KFC maintains high security standards: all contractors must comply with their requirements. All IT projects must undergo a security audit prior to release: this involves penetration tests and code audit conducted by a specialized contractor.

Our app passed the audit with the minimum issues possible. Surf has been working on major banking projects for several years now and as a result we’ve established our own in-house security standards.